A downloadable game for Windows

EPILEPSY WARNING: Angry Laser Space contains a lot of colours and flashing lights, and while the worst of it can be turned off, please be extremely careful if you have a history of epileptic seizures!

Angry Laser Space (if you'll pardon the unfortunate acronym, I didn't know better when I first thought of the name) is a simple game developed over a hideously long time: Vertically scrolling arcadey space shooty game where you buy upgrades in between stages with the cash and skillpoints you earned during the previous stage(s). And in case you're wondering why it's in a 4:3 aspect ratio, it's because I didn't have a widescreen back in 2010.

You can select a difficulty when starting a new game (wow), as well as choose which weapon type you want for which weapon system: Front guns and turret. The front guns are what you see in basically every other scrolling shooter; guns that point in the same direction as your ship. The turret points toward your mouse cursor, letting you shoot in all directions.

Both the front guns and turret can fire super shots (as shown in the brief tutorial screen when you start your first game) at the cost of the aptly-named super energy, which you have a limited capacity for, but it regenerates when used.

The game has 20 stages in total, and every 5th one is a boss fight (which start suddenly, so beware!). You have unlimited lives if you don't play on Hardcore mode; dying just sets you back to the beginning of the level. Also, you can take screenshots with F9.

Credits are in the game, but it's worth noting that the soundtrack of the game (ALL OF IT) was made by the talented Basheman, and can be found on the links below:

That's pretty much all there is to it, so have fun! Don't feel pressured to donate, it's only there as an option. We just want people to enjoy the game. :) 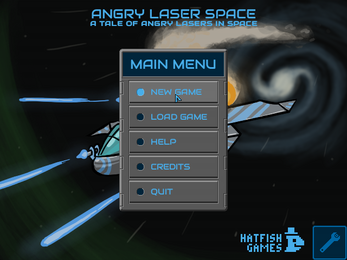 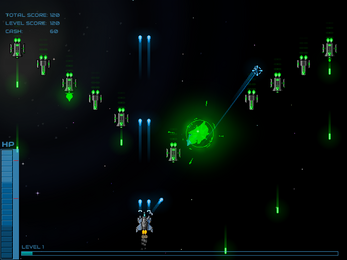 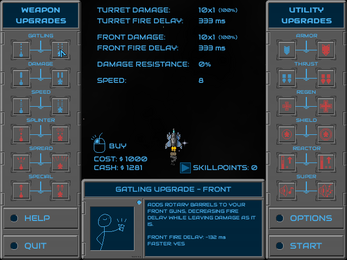